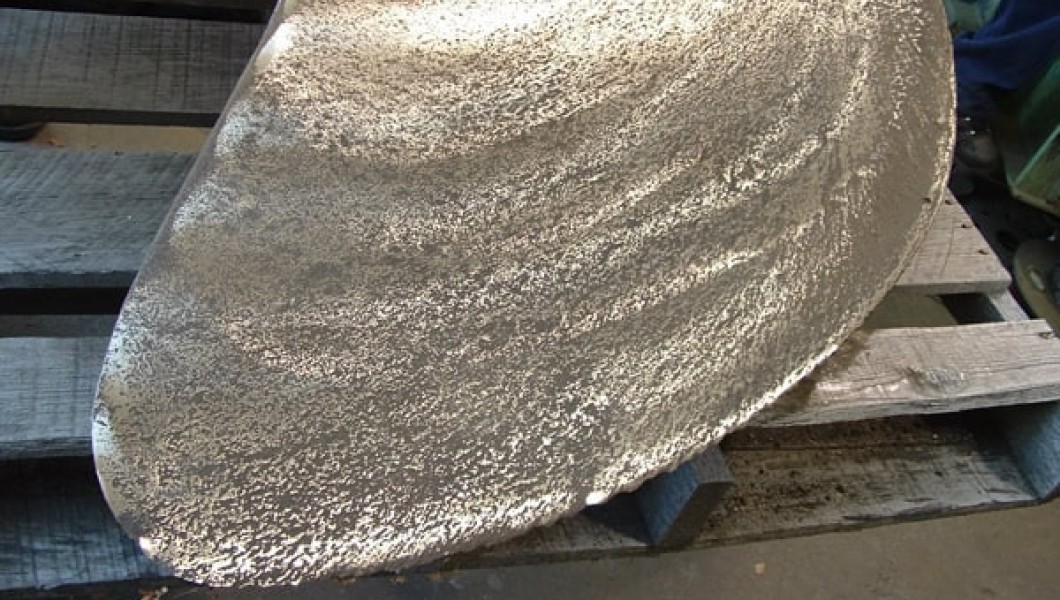 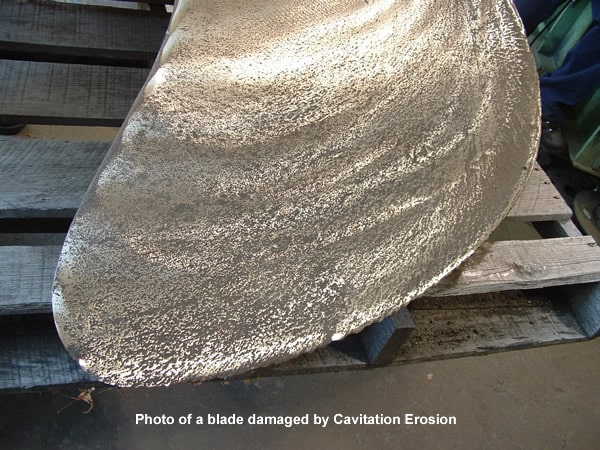 Marine propellers operate in a hostile environment. They are subject to impact damage from floating debris and submerged objects. They are also subject to galvanic corrosion, and cavitation erosion.

Each of these can be a problem which left unattended can result in the demise of the propeller. Most marine propellers operate with a certain amount of cavitation, and in most cases there are no adverse results. However, when the cavitation levels are too high, it can result in substantial erosion of the blade and hub surfaces. To understand where this erosion comes from, we have to take a look at cavitation and what causes it.

So What is Cavitation?

From Wikipedia the free encyclopedia

Cavitation is the formation of vapour cavities in a liquid - i.e. small liquid-free zones ("bubbles" or "voids") - that are the consequence of forces acting upon the liquid. It usually occurs when a liquid is subjected to rapid changes of pressure that causes the formation of cavities where the pressure is relatively low. When subjected to higher pressure, the voids implode and can generate an intense shock wave.
Cavitation is a significant cause of wear in some engineering contexts. Collapsing voids that implode near to a metal surface cause cyclic stress through repeated implosion. This results in surface fatigue of the metal causing a type of wear called "Cavitation Erosion". The most common examples of this kind of wear are to pump impellers, and bends where a sudden change in the direction of liquid occurs. Cavitation is usually divided into two classes of behavior: inertial (or transient) cavitation and non-inertial cavitation.

Inertial cavitation is the process where a void or bubble in a liquid rapidly collapses, producing a shock wave. Inertial cavitation occurs in nature in the strikes of mantis shrimps and pistol shrimps, as well as in the vascular tissues of plants. In man made objects, it can occur in control valves, pumps, propellers, and impellers.

Non-inertial cavitation is the process in which a bubble in a fluid is forced to oscillate in size or shape due to some form of energy input, such as an acoustic field. Such cavitation is often employed in ultrasonic cleaning baths and can be observed in pumps, propellers, etc.

Since the shock wave formed by the collapse of the voids are strong enough to cause significant damage to moving parts, cavitation is usually an undesirable phenomenon. It is very often specifically avoided in the design of machines such as turbines or propellers, and eliminating cavitation is a major field int he study of fluid dynamics. However, it is sometimes useful and does not cause damage when the bubbles collapse away from machinery, such as super-cavitation.

So What Causes Propeller Cavitation?

Like I stated earlier, most marine propellers operate with a certain amount of cavitation. It is only when the level of cavitation reaches above the maximum acceptable level that we begin to see the impact of the excessive cavitation in the form of erosion on the blade and hub surfaces. Knowing this, designers go to great lengths using very complex mathematical formulas to calculate the maximum allowable cavitation levels. The propeller is designed to fit the entire propulsion system and the vessel in an effort to reduce or eliminate excessive cavitation. In some cases there is no solution for the propeller design, and a complete redesign of the propulsion system and even the vessel can be involved.
Luckily all of this is usually worked out early in the design stage of most vessels, from small pleasure boats to large container ships.

For practical purposes, there are a number of seemingly insignificant things to watch out for. These are common problem we see that can cause cavitation erosion damage to begin, where it wasn't before. 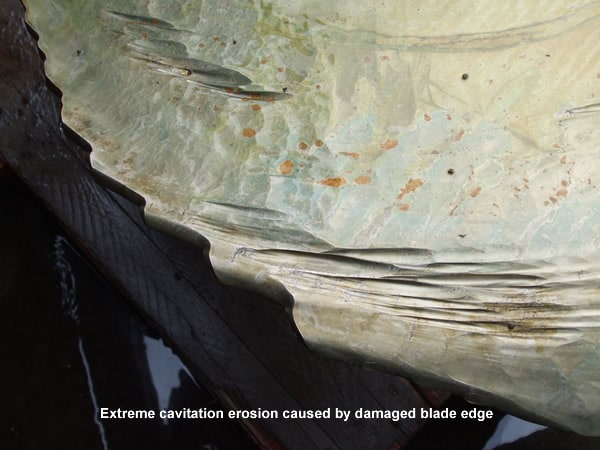 Thanks to Steve for the last bottom photo.
We work on catastrophic subglacial water. We find all sort of cavitation marks sculpted by water under last Ice age ice sheet. Check
2 of our videos on Geodoxa Youtube channel
1- Cavitation Island...
2- Hydraulic Shock...

We would love to use your last photo on our website. We clearly see what we call &quot;nested spindle flute&quot;.
Also how to give credit...?